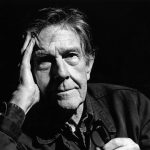 John Cage, 20th century composer and innovator, is probably best known for his piece 4’33”,  consisting of the sounds of 4 minutes and 33 seconds of “silence.”  Audiences were confounded and not altogether pleased.  Cage continued to pioneer an entire method of music composition based on “chance operations,” such as tossing coins or pulling slips […]