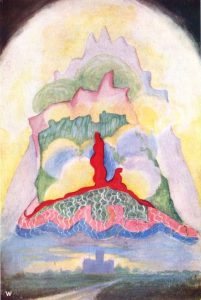 Coronavirus has taken its toll on music — there seems to be less of it coming out these days than previously.  That would explain why we’re playing so much old stuff on Bubble Wrap these days.

Of the newer stuff, our track of the week was Yirim Seck’s “Click” with a musical message about racism (“They ain’t winning of we click.”)  We also enjoyed the pop stylings of Shane Tutmarc with “Brave New World” and the funky groove of “Mind Up” by J-Felix.  As for the Kitsch Award, that goes to the Greene County Boys, a singing group consisting solely of doctors, for their song “It Must Be A Virus.”

So hey, all you sequestered musicians — write some songs, record ’em, put ’em out there.  If you’re bored, with all your talent, imagine how it must be for the rest of us.  😉

(For inspiration, here’s a super recent interview with Stephen Malkmus about his new record Traditional Techniques. Says Stephen: I don’t want to be one of those people that’s like “I’m actually enjoying this,” but there is something to say about that.  In addition to releasing another album, he’s also finished alphabetizing his record collection!)