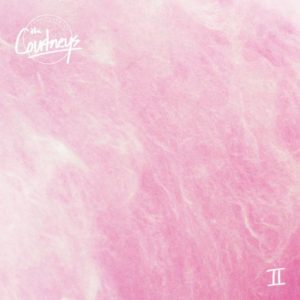 The Courtneys play to my weakness for punky girl power pop by people who aren’t afraid to be vulnerable.   Hailing from the Vancouver area, they share a certain guitar-driven northern mindset with other frustrated rockers from the snow belt — think Replacements and Husker Du — but with the kind of shouty girl vocals you might associate with 90s bands like Blake Babies and Kenickie.  Yes, the 90s are back and it’s about time.  Courtney Love is only a touchstone here — The Courtneys are no tribute band.

Although they could probably use the money, the band had the good sense to release a free single online, the superlative “Silver Velvet” which makes the case compellingly for the rest of their eponymous second album (following on the heels of their eponymous first album….)  If you haven’t already heard the song, you must, but beware — you may never stop humming it.

The stripped down style of The Courtneys will take you back to the buzzy days of grunge but the themes are timeless — love and loneliness, independence and success, and of course, the exhilaration and grind of touring.  Here is a rock band in the old tradition, making the gritty day to day seem somehow romantic.

If you like crunchy guitars and heart-felt vocals, you will like Courtneys II.  After all, someone has to keep rock alive, and the Courtneys are part of a small cadre of like-minded women who are doing just that.

Note:  Fans of Courtneys II may also like their single “Insufficient Funds” from The Courtneys CD.