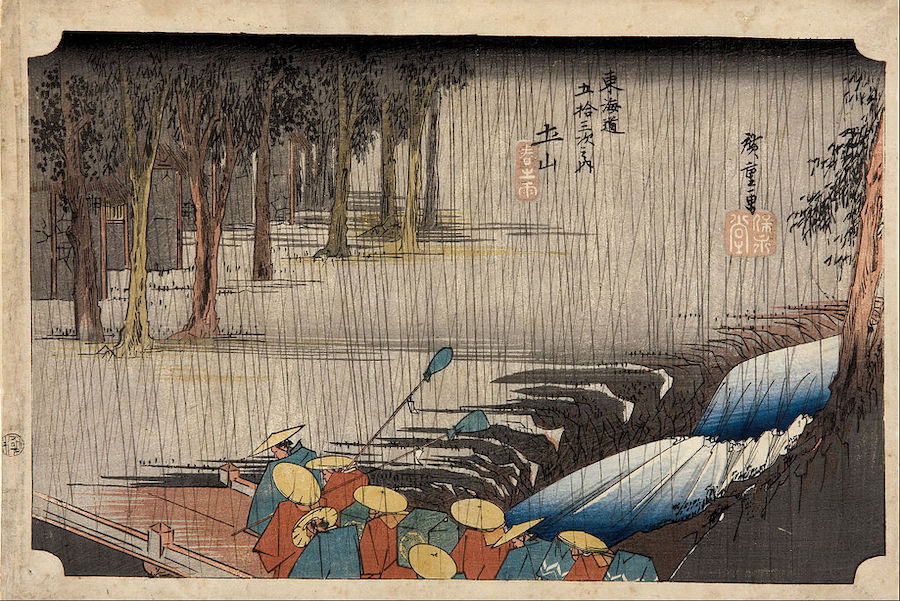 Who knew there were so many songs about rain? It’s Spring, so yes, it rains. What choice have we but to acknowledge it? New music helps. We’ve been especially liking Benjamin Belinska, The Silver Sands, The Bablers, and Daudane, among others.

But first, it’s time to revive Issac Burgess and Emily Parrish, whose super fun dance pop ep Year In Review came out back in January. Here is a group that combines strong songwriting with a feather light attack, leaving you with no choice but to like it since what’s not to like? Our favorite so far is “Incredible Highs and Lows,” a hook-laden tune with a smidge of Tom Tom Club and a touch of something vaguely European. They’re from Detroit.

We’ve been playing the indie folk tunes of Benjamin Belinsaka for the last couple weeks. Although he claims to be from Newcastle-Upon-Tyne, he appears to have originated in Texas, and you can hear it in his vocal. This week’s pick: “Dancing On The South Side” from his stellar Lost Illusions release.

The Silver Sands gave us their take on the problem of being “Unrepresented.” The Bablers, which label Big Stir is touting as a Finland supergroup, evoke the Beatles big time without quite getting to parody. We played the title track from their new LP Psychadilly Circus. Daudane, from Bayonne, France, do what I think of as indie rock a la Francaise. The entire Colchique record is good but we especially liked “Infinite Nap.”

Was there more? You betcha…

Benjamin Belinska – Dancing on the South Side
The Eisenhowers – Alchemy, Adam and Eve
The Silver Sands – Unrepresented
Rocko English – Milkbone