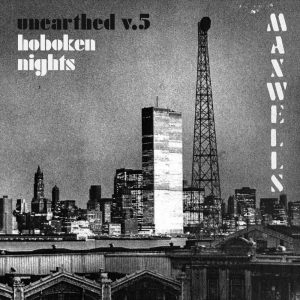 In a bit of welcome sonic archaeology, Aquarium Drunkard just posted a bunch of live tracks dating back to the 1980s from Maxwell’s in Hoboken, NJ.  I’m listening to it for maybe the third time today, and I’ll probably listen to it some more.  Hell, I might listen all night. Entitled Hoboken Nights, it brings together a brilliant group of artists who were legendary by the time I heard them in the ‘90s.  Listening to these gloriously messy recordings is also suggesting an answer why today’s music is so unsatisfying.

Not that all of today’s music sucks; it doesn’t.  But there are still an awful lot of insipid, vapid nothings calling themselves artists and bringing nothing but prettiness and pleasantry to the table.

Not so in the ‘80s and ‘90s, when underground bands like Galaxy 500, Sonic Youth, Dino Jr, the Pixies, Sonic Youth, The Minutemen, Yo La Tengo, Fugazi, Pavement, The Grifters, Superchunk and so many other DIY bands were making noise for the joy of it and finding beauty there. No one cared about commercial success or at least they didn’t seem to.  It was all about authenticity, not where you went to school and what contracts you might sign — indie music was by definition anti-corporate and anti-label. If you wanted merch, you went to a show or sent a check in the mail.

The scene was regional and went where the bands were, so Chapel Hill, Boston, DC, Seattle, Ohio, NYC, Northampton, Louisville…  Clubs were dark and smoky and the music was loud.  Bands were no good at stage patter so they mostly hung their heads, mumbled, and played their guitars.  Effects pedals ruled.  It was whatever you needed to get the sound that was yours to make.

Listening to Hoboken Nights puts me there again, where I would have been a few rows back, head down and rocking, eyes closed cuz there were tall guys blocking my view and it wasn’t about the view anyway.  It was sound and fury, it was fucked up and gorgeous, and it’s pretty much gone now.  But the spirit lives on, and one day, when the time is right, we’ll have this kind of genius again.  No amount of social brainwashing can forever stop the heart of rock and roll….